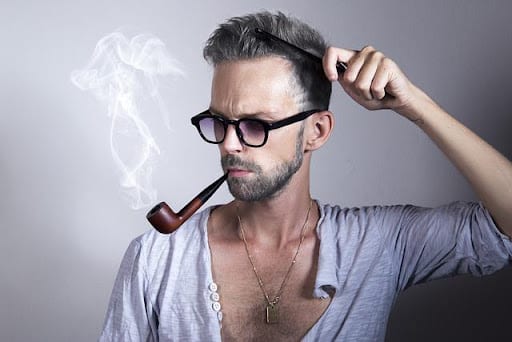 In this era of skyrocketing narcissism, the nature-nurture dilemma cropped up again. People keep asking, “Are narcissists born or made?”

I plan to answer that in detail. But first, we must be on the same page on what narcissism is so check out this video from the School Of Life.

Are Narcissists Born Or Made? Origins Of Narcissistic Behavior

Come with me into a deep dive into the sources of narcissistic traits to see if narcissists are born or made. Let’s go!

1. Overvaluation Of A Child Promotes Narcissism

The earliest study on the roots of narcissism revealed that NPD is mostly cultivated by parents when they’re raising the child. If they think the child is better than others and deserves more than other people, a narcissistic mindset develops in the child.

The parents could be narcissists themselves or just innocent good willing caregivers who think that telling their kid, “You passed the test because you’re smart” or “You obviously won the race because you’re talented”  means they’re motivating them.

Get FREE access to my self-growth area and achieve more fulfillment, success, control, and self-love!

However, instead of motivation, the kid develops a narcissistic mindset in the sense that one feels they are better than others and thus deserve to be treated special.

But does this mean that all parents’ praise develops narcissism in their children? Definitely not. And we’ll discuss this in the next point.

Related: Can A Narcissist Be Faithful? Key Insights

2. Inaccurate Praise Is The Beginning Of Narcissism

Accurate praise makes a child desire to discover themselves in a non-judgemental but progressive manner.

On the other side, inaccurate praise is about telling a kid that they’re the most talented, or that they’re better than others for some reason. Or they deserve something not because they worked for it but because they’re naturally deserving of it.

It’s about boosting a child’s ego instead of their self-esteem. This is what causes narcissism.

See the difference? The same goes for criticism.

Destructive criticism is when the parent:

If a parent is overly critical, a child may develop narcissistic tendencies in an effort to cover up what they think are flaws. They might work hard to get the best performances only to look down on others as their parent did when criticizing them.

Reflecting on our question “Are narcissists born or made,” we can see that much weight lies on the making part. But don’t conclude yet.

Related: Expert Tips – How To Talk To A Narcissist

4. Some Narcissists Learn The Behavior From Parents

In most cases, children imitate their parents. After all, that’s who they learn from during early childhood so it’s tough to realize let alone shake off any narcissistic traits learned from parents’ behavior.

We all know you can’t give what you don’t have in yourself. So if a parent lacks empathy, it’ll be hard for their child to learn empathy. That’s why most narcissists’ children become narcissists themselves.

Here are signs of a narcissistic parent:

Most kids come to discover that their parent is a covert narcissist because unlike grandiose narcissists who can easily be spotted through the American Psychiatric Association dictionary, one would need to have a keen eye to spot a covert narcissist.

5. Child Abuse Can Breed Narcissism In A Person

Whether childhood emotional neglect or physical maltreatment, childhood abuse can influence narcissistic traits in a child.

It’s like other personality disorders such as Reactive Attachment Disorder (RAD) which Beth Thomas was diagnosed with. From around six years old, she abused her brother physically, strangled birds, and sought to kill her family among other behavioral problems. All this was a result of severe sexual and emotional abuse by her father.

While narcissism may not have similar behavioral traits as RAD, it can be triggered by child abuse as well. This is revealed in a study on Child Maltreatment and Vulnerable Narcissism: The Roles of Shame and Disavowed Need which sheds light on vulnerable narcissism – a subtype of narcissistic personality disorder characterized by defensiveness and insecurity.

“When needs are unmet, the infant is left with impaired abilities to regulate self-esteem and may defensively avoid and disavow them” the researchers explain.

In other words, since the child feels shame as a result of the abuse, they might try to compensate for the feelings of insecurity with a shell of superiority.

Related: What Makes A Narcissist Panic?

When a child is brought up without boundaries, they tend to think they can do whatever they want without facing any consequences which is a self-centered disrespectful attitude. If the parents also gave the child everything they wanted when they asked, the child grows with an entitled mindset.

The child’s sense of self becomes distorted from an early age and builds up into mental health issues like a narcissistic personality disorder.

If you look closely into the childhood life of most narcissistic people, you’ll realize one almost absent thing – boundaries.

7. Genetics Have A Part To Play In Narcissism

Are narcissists born or made? As the battle of nature vs nurture continues, JSciMed Central argued that narcissistic personality disorder is genetic in their article titled Narcissism is Genetic and the Superego Keeps it in Check.

centuries. Why is that? The simple answer is that it is genetic. In our models, unless one inherits narcissistic instinct from either parent, he has no potential to become narcissistic or develop NPD,” the researchers conclude.

And it makes sense. When someone tolerates a specific behavior for a long time in their life, their genetic makeup develops to perpetuate the trait in them and subsequently, in their descendants. Religion calls it generational curses while science calls it behavioral mutation.

So to answer your question, “Are narcissists born or made,” I’ll say this: while environmental factors play an important role in creating and accentuating narcissistic behavior, some people inherit narcissistic traits from their family line. But there are ways to turn this around. And we’ll talk about it below.

Enter your email below to get access to my proven self-growth tips and strategies!

Read Also: Best Ways To Emotionally Detach From A Narcissist

To recap, the cause of narcissistic personality disorder isn’t known but some known factors include parenting styles that are destructively critical, boundaryless, and overpraising. If the parents are narcissists, a child would be biologically as well as environmentally vulnerable.

For the most part, narcissistic behavior is learned through:

Related: Reactions To Expect When A Narcissist Knows You Have Figured Him Out

Narcissism can be managed through talk therapy and other self-esteem-boosting strategies to help a narcissist discover their self-worth and learn empathy to develop better interpersonal relationships. It’s all about accepting oneself and others for who they are.

Here are steps to help one stop being a narcissist:

9. Is Narcissism Born From Trauma?

People often develop fragile egos (a symptom of narcissistic personality disorder) after they experience severe emotional trauma from their primary caregivers or some other authority figure. Narcissism is sometimes a consequence of too much criticism or the presence of physical abuse from a family member.

Related: The Root Cause Of Narcissism

10. Typical Childhood Of A Narcissist

The childhood of most narcissists features excessive appraisal, destructive criticism, childhood emotional neglect, or physical abuse. Narcissistic psychological problems start within a child when they’re either shown to think themselves better than others or to consider themselves inferior to others.

Here are common signs of a narcissistic child you can spot early on:

Related: Typical Examples Of Narcissist Text Messages & How To Respond

Narcissists are not inherently evil. Narcissism is a learned behavior that stems from traumatic childhood experiences with genetic factors the sufferer never chose. They’re emotionally unstable individuals capable of doing good with time and effort in unlearning narcissistic patterns and embracing healthier intrapersonal and interpersonal traits.

Even though many people have branded narcissists as evil people who can never change, mental health professionals say otherwise. NPD sufferers can indeed change and become emotionally stable individuals who can foster healthy relationships.

12. At What Age Does Narcissism Develop

While psychology today still can’t identify the specific timelines, most research studies reveal that narcissistic traits begin to develop at around 7 and 8 years of age. This is the time when the child develops their sense of self and discovers how they can perceive others.

13. Are Narcissists Capable Of Love

Narcissists are capable of loving others even though the traits of the narcissistic personality disorder seem to be in opposition to the signs of someone in love. With continual self-reflection, a narcissist can gradually unlearn narcissistic habits and develop empathy and devotion to their partner.

However, it’s for you to choose whether you’re willing to wait for them to change or not in case you’re in a relationship with a narcissist.

If you choose to stay, here are tips to help you pursue a healthy relationship with a narcissist:

Get FREE access to my self-growth area and achieve more fulfillment, success, control, and self-love!

Related: How Do Narcissists Feel When You Move On? 21 Key Insights

Narcissists are both born and made. However, genetics don’t play a major role as much as the social environment a narcissist grows up in. From too much appraisal to trauma, the childhood experiences of a narcissist are commonly the root cause of their behavior.

However, when they discover this problem, they can make changes like going to therapy or coaching to unlearn the narcissistic habits and replace them with healthier ones.

Narcissism can be a story of the past for whoever is suffering from it.

Enjoyed this piece? Share it with your friends! And thanks for stopping by!